A new industry survey highlights industry concern about the cyber security and legal uncertainty surrounding unmanned ships, but the human element associated with cyber security could be a greater concern, says the survey organizers.

Almost two thirds of global marine industry executives believe there is uncertainty surrounding liability issues relating to unmanned ships should a vessel be involved in an incident as a result of a cyber-attack, according to the report from global law firm Clyde & Co and the Institute of Marine Engineering, Science & Technology (IMarEST).

The survey of 220 marine industry executives from across the world also found that there is a lack of clarity around collisions involving unmanned ships, with 59 percent of survey respondents agreeing there is confusion surrounding the regulations in this area.

Current international shipping law states that vessels must be properly crewed, which means that unmanned ships are not presently permitted to enter international waters. However, the IMO announced in June of this year that it would begin to consider updating SOLAS to allow cargo ships with no captain or crew to travel between countries. The Comité Maritime International (CMI) has also established a Working Group on “Maritime law for unmanned craft” to consider how international conventions and regulations can be adapted to provide for the operation of unmanned vessels on the high seas.

Joe Walsh, Partner at Clyde & Co, comments: "The IMO, CMI and other industry interests appear to have recognized that there is a real appetite to test the water with unmanned ships at a commercial level. Industry will quickly need some legal clarity around cyber liability and collision regulations before any ground-breaking progress can be made."

Over two thirds of survey respondents fear that unmanned ships present a greater cyber-security risk than traditional ships, and Clyde & Co and the IMarEST acknowledge that unmanned ships are likely to have a greater array of digital infrastructure than traditional ones, in order to ensure that ship owners and operators are able to control and track their ships remotely.

Walsh comments: "Marine executives are right to be concerned about the potentially increased threat of cyber attack as a result of the use of unmanned ships. However, it is probably worth mentioning that the maritime industry as a whole has been criticized for being a bit slow in reacting to existing cyber threats, including fully crewed vessels, and that the biggest threat to any organization's cyber-security posture is still, in fact, human error.

"It is therefore possible that  a transition to unmanned ships might actually reduce an organization's profile and exposure to cyber risks. The cyber threat should certainly be taken seriously, but it should not put the brakes on further exploration of the viability of unmanned ships."

The report finds that another key issue is the availability of insurance cover for unmanned ships. 80 percent of survey respondents think it is unclear how insurers will approach the new technology.

Patrick Murphy, Partner at Clyde & Co, says: "For a business to implement any new technology there is always a certain 'leap of faith' moment, especially when that technology could significantly change the way that organization operates. Suitable insurance cover can help make this a much more calculated jump into the unknown."

Clyde & Co points out that the International Union of Marine Insurance (IUMI) has been discussing the implications of the new technology. While there are not yet any concrete answers, IUMI expects unmanned vessels to change the landscape of the traditional maritime insurance industry.

Murphy continues: "The current concern for the marine industry is that few insurers are yet in a position where they can advise on how they are approaching insurance cover for unmanned ships. This is perhaps unsurprising given the lack of legal framework on which to assess and base liability.

"Insurers are reacting to new cyber risks, so I would expect them to be able to underwrite risks relating to unmanned ships assuming the liability and regulatory framework can be sorted out.

"Currently autonomous cars and drones look to be near the top of insurers' agendas in terms of writing new technology risks. But the marine industry can push unmanned ships up the agenda by speaking with their insurers and asking how they are approaching the issue. As soon as the insurance industry realizes there is genuine interest and can see the legalities starting to take hold then it will soon start to consider writing that risk."

Half of survey respondents predict unmanned ships will be implemented in the next 10-15 years, and half think that crews do not currently have the skill sets needed to operate and maintain unmanned ships.

Walsh concludes: "It's clear there is plenty of work to be done, but currently it is very much a chicken and egg situation. The marine industry desperately needs more clarity on the legal framework if they're going to invest in the infrastructure and skills needed to roll out unmanned shipping on a commercial level. Meanwhile, regulators are unlikely to invest much time in assessing technology that they don't think the industry is considering for widespread use." 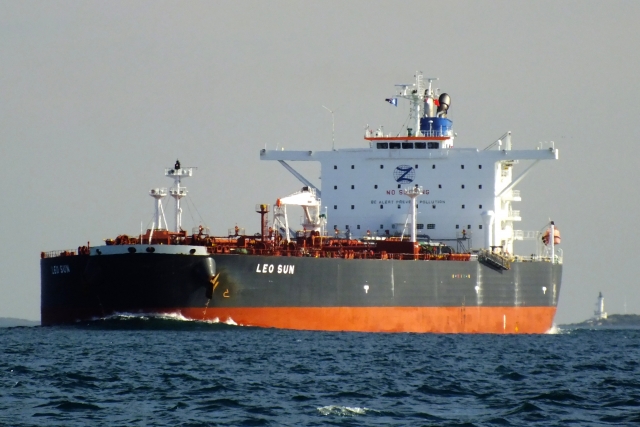