It also presents a wake up call to the indiscriminate nature of viruses. It doesn't necessarily matter if your company was an isolated target or not - you can still suffer the repercussions of a virus.  In such a highly connected world one simple virus can clearly cross continents in seconds, unable to discriminate between countries, companies or industry - only between those who have protections in place. Read the full article online here.

Global firms were yesterday scrambling to cope with the fallout from a cyberattack that disrupted computers across Europe and the US this week.

AP Moeller-Maersk, the world’s biggest container ship operator, has shut many of its ports around the world. French construction giant Saint Gobain ­resorted to manually operating some factory gear.

The origins of the virus were still unknown yesterday. Security experts described the computer disruption as a cyberattack and said the virus — dubbed Petya — appeared to stem in part from an obscure Ukrainian tax software product.

A type of “ransomware”, the bug locks data, asks for ransom and spreads quickly from computer system to system — in this case across Ukraine, Russia, ­Europe and the US.

There were few reports from Asia of disruptions.

The ransomware was designed to spread within corporate networks running Microsoft’s Windows operating system, but didn’t appear to be affecting consumers, security experts said. A Microsoft spokeswoman said the company was investigating the outbreak.

Rosneft said on Twitter that the virus hadn’t affected production, but added that “it is premature to evaluate the cyberattack impact”.

Mondelez International confirmed it was also a victim, a day after it said it was investigating an outage of its global IT network. A spokesman said the cause was determined to be a virus, which had been isolated, though the company’s systems remained down. The maker of Oreo cookies and Trident gum was working with outside specialists and global security agencies, aiming to minimise any impact on deliveries of its food to retailers.

In Ukraine, the country that appeared most affected by the attack, the government said it had halted the spread of the virus and that key government and business systems were stable. But others were still struggling yesterday to restore critical operations. One of those most severely affected was Maersk, a key cog in the world’s global supply chain.

Maersk said widespread computer outages at its APM Terminals subsidiary were preventing it from taking new bookings or ­offering quotes at affected terminals. Later the company said it was accepting cargo bookings through a third-party platform for existing accounts, though booking confirmations would take longer than usual.

“We are still working on resuming normal operation,” the company said on Twitter.

Ports in the US, Europe and India reported some Maersk-run container terminals weren’t taking ships. Co-ordinating ship arrivals, unloading containers and then scheduling storage and trucks to move products out of ports requires a high degree of co-ordination and efficiency. A big bottleneck in a single port can ­reverberate widely and quickly.

“The longer it drags on the more the entire logistics chain will be disrupted,” said Lars Jensen, chief executive of CyberKeel, a Copenhagen advisory firm in maritime cybersecurity.

“The ships can be operated manually but if you don’t have access to your operational and commercial databases you won’t know where your containers are.” 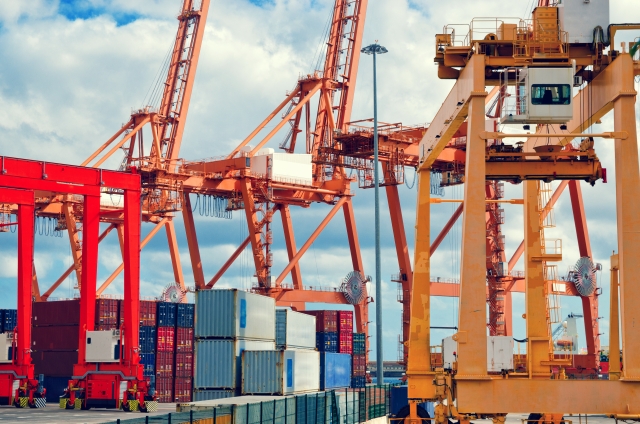