Technology plays role in every aspect of crime, Europol says

New and emerging technologies are being used by criminal gangs operating in nearly every aspect of crime, a new report from Europol has warned.

The 2017 Serious Organised Crime Threat Assessment (Socta) revealed that criminal gangs across Europe are adept at exploiting new technologies to help them arrange and carry out crimes. Cybercrime is now one of Europol’s top priority crime threats.

“For almost all types of organized crime, criminals are deploying and adapting technology with ever greater skill and to ever greater effect. This is now, perhaps, the greatest challenge facing law enforcement authorities around the world, including in the EU,” the report said .

“Cybercrime is a global phenomenon affecting all Member States and is as borderless as the internet itself. The attack surface continues to grow as society becomes increasingly digitised, with more citizens, businesses, public services and devices connecting to the internet,” the report added.

Of particular concern is the rise of Crime-as-a-Service (CaaS), where people can buy goods and services on the dark net to help them carry out crimes, ranging from hacktivism to terrorism. The underground criminal marketplace is enabling crime that would otherwise be out of reach for criminals, the report said. “This allows even entry-level cyber-criminals to carry out attacks of a scale disproportionate to their technical capability,” the report said. “Criminal forums and marketplaces within the deep web or darknet remain a crucial environment for cybercriminals to communicate and are a key component for CaaS.”

Europol highlights malware and cyber-criminal services as one of the main elements of CaaS, alongside stolen goods, counterfeit medicines, illicit drugs, child sexual exploitation materials and the trafficking of firearms.

Ransomware is becoming the leading threat in terms of malware, the report said, having a greater impact on victims than other types of malware. It’s increasingly targeting individuals as well as public and private organizations. Also growing in frequency and scale are network intrusion attacks, with the purpose of stealing private data or intellectual property.

It’s not just highly organized crime that is adopting technology though. The report states that criminals are using social media posts to find out when potential burglary victims are away, and targeting them accordingly. Europol has also recorded the use of free online navigation tools to scout out neighborhoods to target.

“Criminals have always been adept at exploiting technology. However, the rate of technological innovation and the ability of organized criminals to adapt these technologies have been increasing steadily over recent years. Developments such as the emergence of the online trade in illicit goods and services are set to result in significant shifts in criminal markets and confront law enforcement authorities with new challenges,” said Rob Wainwright, director of Europol.

“Technology is a key component of most, if not all, criminal activities carried out by organised crime groups in the EU and has afforded organised crime with an unprecedented degree of flexibility. This flexibility is particularly apparent in the ease with which criminals adapt to changes in society,” the report concludes.

“The internet, the multitude of online platforms and communication channels it hosts have had a huge impact on society, strengthening and transforming the economy, driving innovation and shaping social interaction. However, it is also a key enabler of criminal activity and plays a role in all types of criminality.” 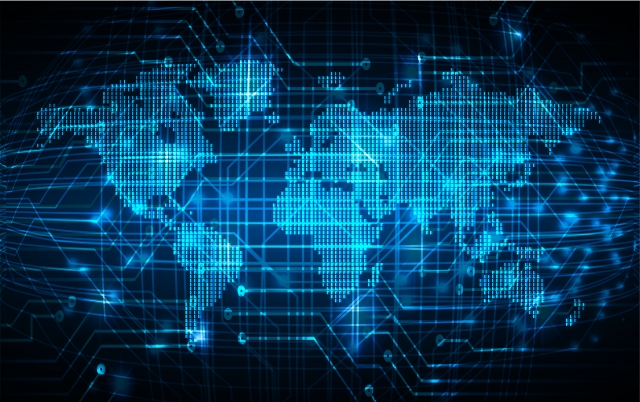